It was Thanksgiving morning, 2018. RJ was running a 5k and I was home with the kids. The weight of everything that had happened to us in 2018 felt overwhelming and I fell to the floor sobbing.

2018 was a tough year all around. Our daughter was due right after Christmas in 2017, but she was a week late and was born after the new year- exactly 18 months and one day apart from our firstborn. We were, of course, thrilled to have her, but I felt like I did not navigate the transition from one to two children very well at all.

RJ started a doctorate program in 2017 right before we found out I was pregnant with our daughter. We were both working full time and he was also studying nights and weekends, rightfully so, but the changes in our family with two young children put so much stress and strain on everyone. I was exhausted and every day felt the same. I tried to enjoy the stage we were in, but I just wanted to go back to work. Post partum depression haunted me.

Then suddenly and without warning, RJ was laid off from his job three weeks before my maternity leave ended. We had everything perfectly planned out before this curve ball. We were switching from daycare to a nanny and had the perfect nanny lined up, everything was ready for my return to work, but not anymore.

I did go back to work, eventually RJ found a great job, and our nanny graciously waited for us. But that wasn’t the end of it. My parents’ relationship had long been like a pressure cooker, and my mom finally put her foot down for good. Realizing that I had grown up with an abusive father was almost more than I could bear. Even worse was that all of our attempts to dialogue with him were met with dismissal and disbelief.

I started running again in the summer of 2018 because I needed to do something for myself and relieve stress. I trained for the Akron Half Marathon at the end of September and instead of having a triumphant “come back” race after a hiatus from running for more than five years, I fractured my hip during the race at mile 6. As soon as the race started, I felt a painful twinge in my hip, but I figured it was a muscle that just needed to warm up. Every step became more and more painful until I could no longer bear weight on my left side anymore and I collapsed on the side of the road. An MRI later confirmed a fracture and I decided to wait out the healing process on crutches while my left side was completely immobilized. But this new reality on crutches- trying to commute to my office several days a week still and take care of two babies- just pushed me further down into dark days of depression and sorrow like yet another avalanche on top of another. Eventually, I elected to have surgery and I’m ultimately glad that I did, but the recovery was extremely painful and it took me a solid year to feel like my hip was close to “normal” again.

On Thanksgiving day in 2018 I was sobbing from the overwhelming weight of everything that had happened that year- also because we were meeting up with my parents and extended family the next day and I knew this would likely be the last time I would see my dad. My dad did not acknowledge me when I saw him.

I did see him once more, one last time, in February 2019. My grandmother’s health had been rapidly declining at the end of 2018, and in February I received a phone call from my mom telling me it was the end. Without hesitation, I jumped in the car and drove several hours to Pennsylvania. I had vowed to myself that I would be with my grandmother and I held her, kissed her, and talked to her that night until she took her last breathe. I’m sitting here in tears as I write this. Her death was like the end of an era. She was my dad’s mom- my last remaining connection to my dad’s side of the family.

I wish I could tell you that everyone reconciled after her death, but it actually got worse. My dad and his sister fought about the details of my grandmother’s burial and funeral and ended up having two separate, small funerals. My sisters and I were horrified at the disrespect and the three of us declined to attend either one.

And in April 2019, my mom took a very courageous step and separated from my dad. My older sister and I helped her move into an apartment in town and I left a letter for my dad on the kitchen table in my childhood home, outlining the criteria for the separation and asking him not to contact me again unless certain steps were taken, like behavioral therapy.

You can probably see why the holidays have a sad side to them for me. Our family is splintered, and at the holidays, it feels like there’s something missing- a certain emptiness- if I stop and think about it for long. Our family was looked at as a picture perfect family, even though it wasn’t actually like that. I thought I wouldn’t be as affected by these events as an adult, but I’ve still been greatly affected by it. It’s a feeling of being shaken to the core, like the foundation I thought I had isn’t there anymore.

I share my story not so that you can feel sorry for me, but because it’s raw and real and I know many other people experience grief and sadness over the holidays as well. The trials of life come and go, even over the holidays. I could write a whole series on how I’ve handled depression, but I hope that sharing this part of my story is helpful for understanding why the holidays are not always happy for those that haven’t been affected by grief or sadness, and it helps those who have to know that they aren’t alone in their feelings.

Fortunately, this holiday season is better than the last. Some observations about what has helped me deal with what has happened:

1. I’ve been to counseling regularly over the past three years. I wish I felt like it wasn’t taboo to talk about going to see a therapist. One of my favorite fashion bloggers, Kat Tanita, talks about regularly attending therapy and I think it’s so important to be open about sharing this. It shouldn’t be a taboo topic. Seeing a therapist doesn’t mean someone is sick or less than. I’ve learned so many incredible insights about myself, life, my husband, and my kids. For example, I’ve talked to my therapist a lot about processing feelings. I grew up with very “Victorian” parents that rarely discussed, processed, or explored emotions. Learning how to acknowledge and process emotions has been so helpful particularly in parenting my own children.

2. Acknowledging and processing grief, depression, or sadness is key for handling difficult emotions. Naming emotions and sitting with them in the quiet instead of dismissing them has helped me so much.

3. Time heals. It doesn’t necessarily fix everything, it’s like a wound that heals and leaves a scar. The scare is still there. It’s a reminder, but it gets better.

Thanks for reading my story! -Laura

Previous:
A Non-Traditional Thanksgiving
Next:
Laura’s Most Loved Gifts 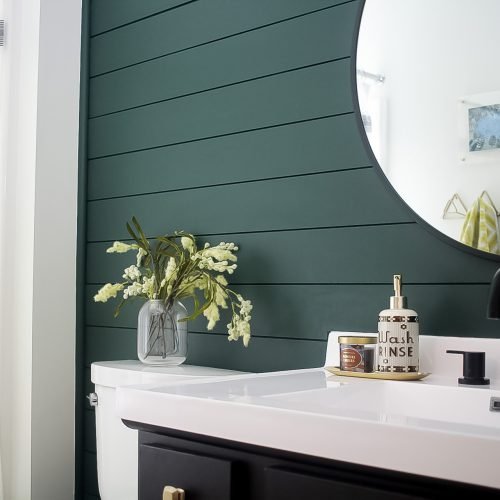 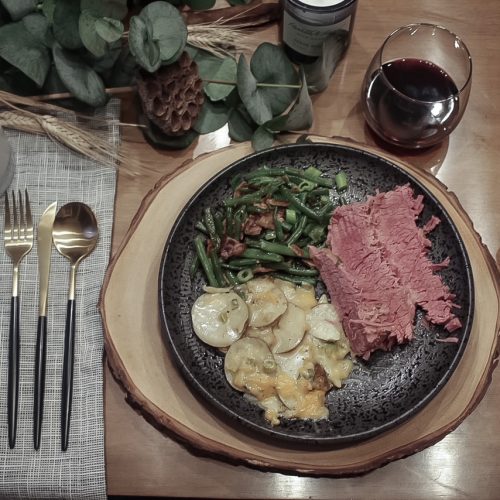 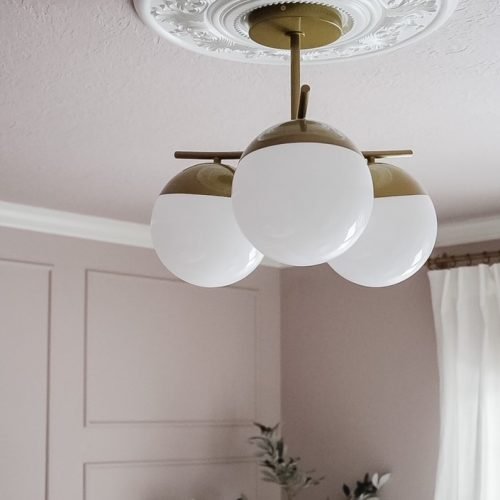 How To Choose A Ceiling Medallion 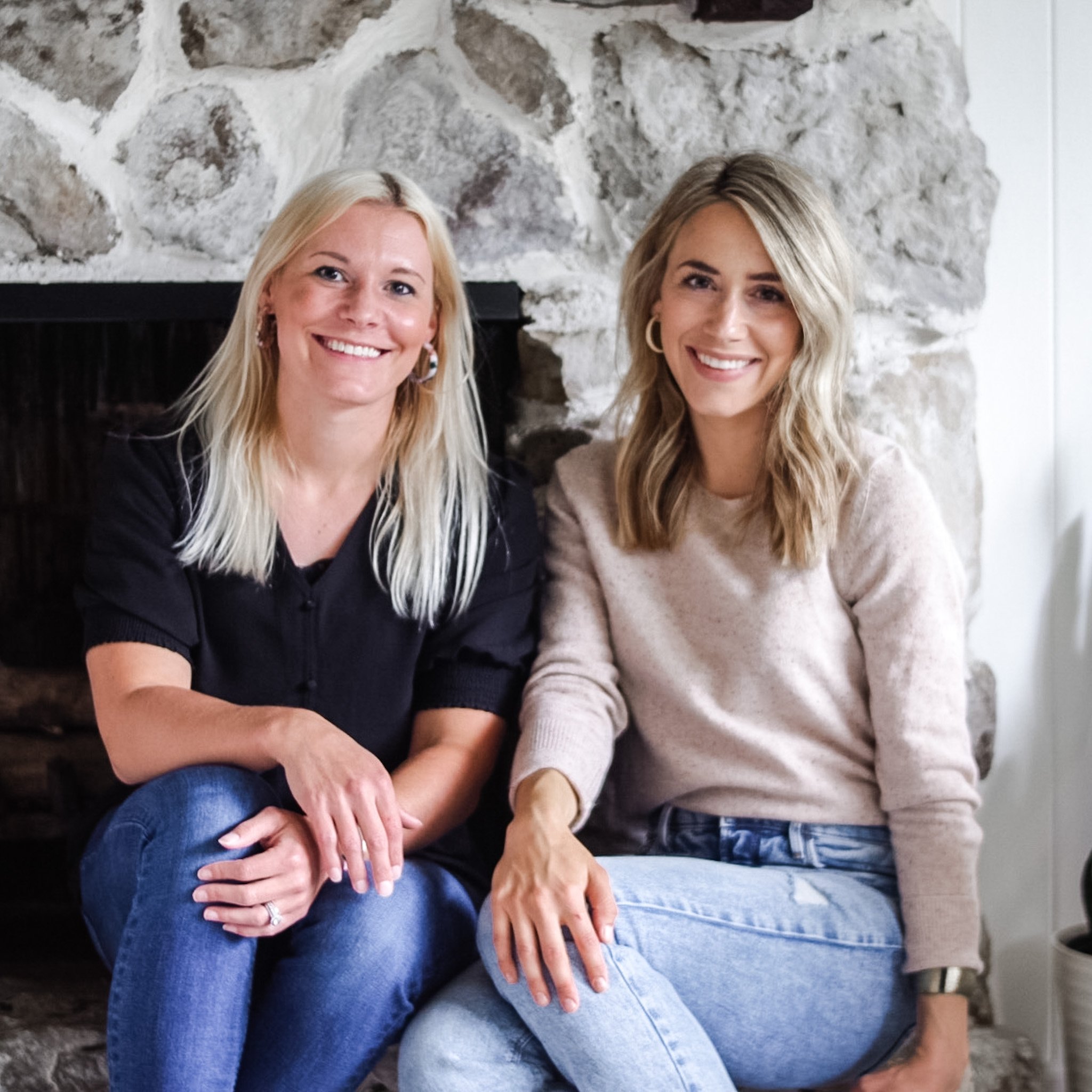 Aubrey and Laura here! We are best friends who live in Ohio with a passion for interior design. We are firm believers in creating spaces we love in the homes we live in right now. We can do that for you too with our local, on-site signature design services!